Choosing the right ammunition for your exact needs can be tough. Once you have selected the cartridge (9mm or .38 Special, for example), you’ll next need to select the bullets you want to load. This is not a small decision, as the bullet loaded into the chamber has a profound impact on pricing, function, ballistics, and terminal performance.

Lead round nose, or “LRN” ammo, is one of the most common and affordable bullet options available. But it doesn’t always have a stellar reputation. So should you purchase a box, or should you go with a different bullet type?

To answer that question, you need to understand the design, purposes, and potential drawbacks of LRN ammo.

What is LRN Ammo?

Lead round nose ammo, as the name describes, is simply ammunition loaded with lead bullets (entirely lead) that have a rounded nose. That’s really all there is to describe; they have no hard copper jacket, no hollow point or ballistic tips, and no sharp angles to speak of, outside of the angle at the bottom of the cylinder. LRN bullets offer one of the most simple and basic ammunition type. They are one of the oldest as well, as lead round ammo is, more or less, the same design that was originally used in the first cartridge that had a cylinder bullet and not a ball.

Lead round nose bullets are packed into virtually every type of ammunition. From small-caliber rimfire rounds to full-powered self-defense cartridges. From long-distance hunting ammo to high-volume semiautomatic round. Even deer-hunting slugs, although not considered “LRN ammo” by definition, often have the same basic shape and structure as lead round nose bullets.

The Benefits of LRN Ammo

Each ammo and bullet type has its own advantages. For LRN ammo, it essentially comes down to affordability in a do-everything round. (Well, almost everything.)

The main reason that any gun owner would purchase a box LRN ammo over full metal jacket, ballistic tip, hollow points, or any other type, is price. You don’t need to analyze it any further than that (although we certainly will!); when it comes to affordability over hundreds and thousands of rounds, you can’t beat the lead round nose.

Price, of course, depends on the brand you purchase, as well as where and how (and when!) you buy. but a typical lead round nose will usually be the cheapest round you can purchase from a given manufacturer. Yes, LRN ammo from a high-end manufacturer will have higher prices than, say FMJ rounds from a low-end manufacturer, but LRN is still, across the board, the most affordable.

(The only option that comes close is full metal jacket. These cartridges, which are used in target shooting, are often released in bulk by military manufacturers, which significantly reduces their price point.)

If you visit the local outdoor store or shop on your favorite ammunition website, you should find plenty of options in LRN ammo. It’s available in practically every cartridge. It can be loaded into a variety of different weapons, although it does perform better in certain types.

Another advantage for these round is versatility. If you purchase a case of LRN rounds for your handgun or rifle, you’ll have ammo for a variety of situations. Lead rounds expand, although the expansion is not as pronounced as the expansion in hollow points. But it does expand, which makes it useful for hunting and self defense. At the same time, it’s useful at the range. Thanks to the low price, you won’t mind shooting a few boxes in a single afternoon.

Fouling in the Barrel

The prominent reason that you would avoid lead round nose ammunition is that it can create more fouling and residue in the barrel.

Lead is a much softer and pliable metal, which make it ideal for many manufacturing purposes, including ammo production. (Ease of shaping is one of the reasons it’s affordable.) But this softness also creates more residue in the barrel. As the LRN bullet travels through the barrel, it will leave more particles behind, so cleaning becomes all the more important.

Lead, as civilization has known for thousands of years, is a toxic metal, capable of creating a host of health and environmental issues. The severity and level of danger is debated, but the basic toxicity of lead is not. There are significant heath concerns when using lead, and these concerns should be accounted for when you are purchasing and using ammunition.

Limits on Where You Can Use It

So while a box of lead round nose ammo is a versatile option, you’ll have to be careful about where and how you use it.

The soft lead of a LRN round can create problems in semiautomatic weapons. Lead, because of its softness, can catch and jam easier when cycling from the magazine to the chamber. Because of the higher potential for jams, many gun owners avoid LRN ammo in semiautomatic weapons. This is especially true if you want to use them for self-defense purposes.

When to Buy and Use LRN Ammo? 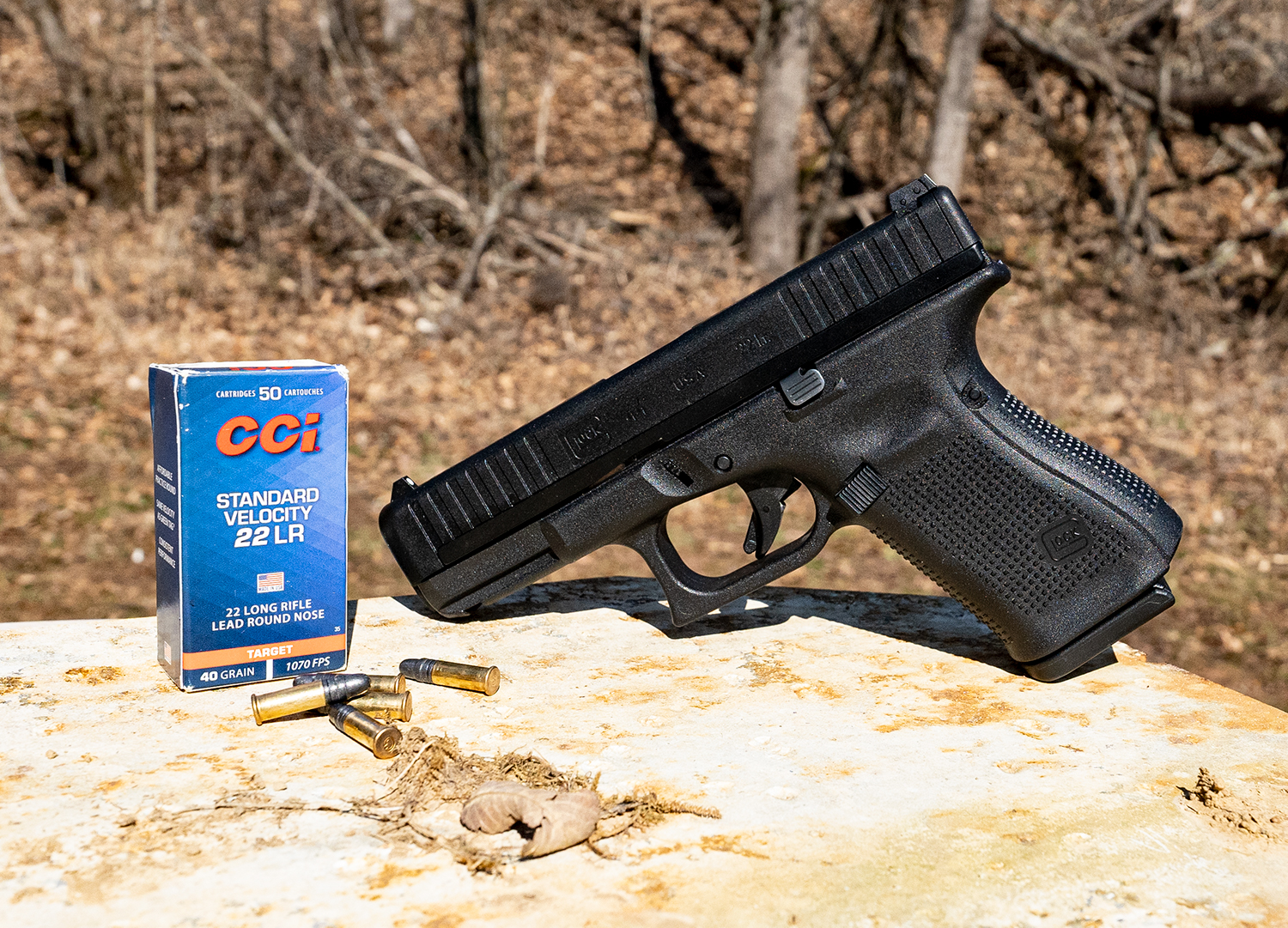 The most ideal scenario for LRN ammo is probably when you are spending a casual day of shooting, outside on private property, with a revolver. The type of gun that you don’t mind if it becomes a little fouled in the barrel. In this situation, you’ll probably fire dozens, if not hundreds, of rounds. So, the economical price point for each lead bullet becomes even more important. After all, if you can save only $0.05 on each shot, a day of 500 rounds with LRN means $25 in savings.

Of course, it never hurts to keep a box of affordable LRN ammo in your gun safe. It can be used for a casual and affordable day of plinking, and could even be used, depending on the caliber, for varmint control and other purposes.