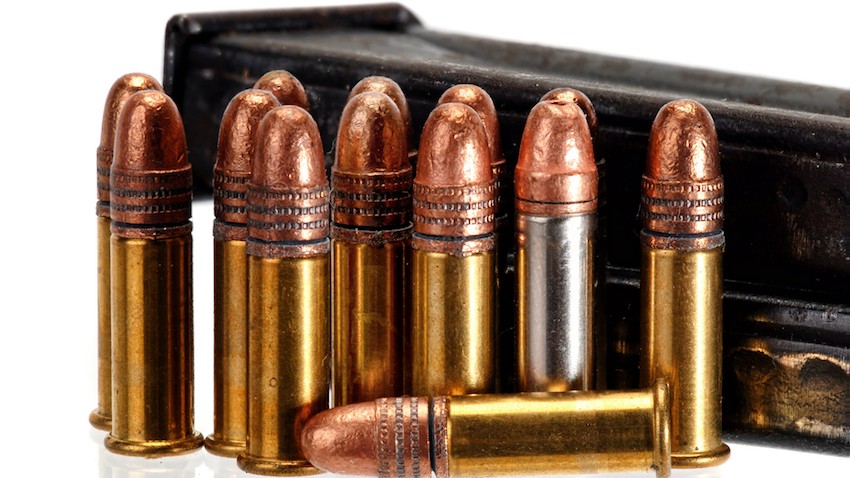 Rimfire Ammo: What's so Awesome About It?

A rimfire is a specific kind of firearm cartridge that bears its name because the firing pin strikes the rim of the base of a cartridge to ignite it, rather than the primer cap in the center of the base (which is a centerfire cartridge - see this blog article for more on the differences between centerfire to rimfire ammo.) The rimfire cartridge rim is basically a widened and lengthened percussion cap that contains priming compound, and the cartridge case holds the bullet and the gunpowder.

Cartridges of rimfire ammo for sale cannot be reloaded after the initial firing, as the head is disfigured by the impact of the firing pin. Although a plethora of cartridge priming methods have been presented, only the centerfire and rimfire methods are still popularly used today.

Rimfire ammo for sale can only be used in low pressure calibers, as they require a very thin case in order for the firing pin to ignite the primer. Thus, modern rimfires are usually .22 caliber or smaller. The low pressures mean that firearms that utilize rimfire ammo for sale can be very inexpensive and light, which contributes to the continuously rising popularity of the smaller caliber rimfire cartridges available on the market today.

The original idea for the rimfire ammo for sale today was formulated from an 1831 patent, which also used a thin case. This design evolved into the Flobert .22 BB Cap by the year 1845, a cartridge which contained the priming compound slightly inside of the rim.

Originally, the velocities were extremely low, even close to that of an airgun. Then in 1857, the .22 Short was created for Smith & Wesson’s first revolver, utilizing a lengthier rimfire case and 4 grains of black gunpowder. Eventually the design evolved into the 22 Long, which is currently the most commonly used cartridge in the world. Today, the .22 caliber rimfire ammo for sale is all that remains of the earlier rimfires.

Rimfire ammunition is very popular with ammo cartridge collectors, who judge rimfire ammo value by the rarity of the headstamp. There is also a sub-category of collectible rimfire ammo for sale, with special headstamps that commemorate people that are famous in the rimfire industry. Usually these collector’s items are issued in relatively small amounts when the industry contributor retires. Many times, most of the collector’s cartridges are given to the retiring person, letting them decide to whom the cartridges are traded or sold.

The .22 LR cartridge is well known as one of the best-selling, most commonly used units in existence. Various pistols, rifles, revolvers, and even some shotguns are chambered in this caliber. The 22 LR cartridge was introduced in 1887 by the J. Stevens Arms and Tool Company. Almost every manufacturer of cartridge guns produces at least a single model of firearms that are chambered for the 22 LR cartridge. The low noise, minimal recoil, and low cost make the .22 LR a suitable cartridge for recreational shooting and amateur firearms training.

What ammo is rimfire?
Rimfire ammo includes calibers like 22 long rifle where the primer sits on a rim along the outside of the cartridge's base.
What is the difference between rimfire and centerfire?
Rimfire ammo's primer sits on the outside of the cartridge's base. A centerfire's primer is located in the middle of the base.
What are the rimfire calibers?
22 long rifle is the most common rimfire ammo. 22 magnum, 17 HMR and 22 Short are other popular rimfire options.
Are all 22 rounds Rimfire?
No, there are several 22 caliber loads that are centerfire. 223 Remington, 22 Hornet are two common examples.
What is the largest rimfire round?
17 WSM or 17 Winchester Super Magnum is the largest rimfire round commonly available to shooters today.
How does a rimfire round work?
The striker hits the primer, located on the rim of the cartridge. This ignites gunpowder that pushes the bullet out the barrel.