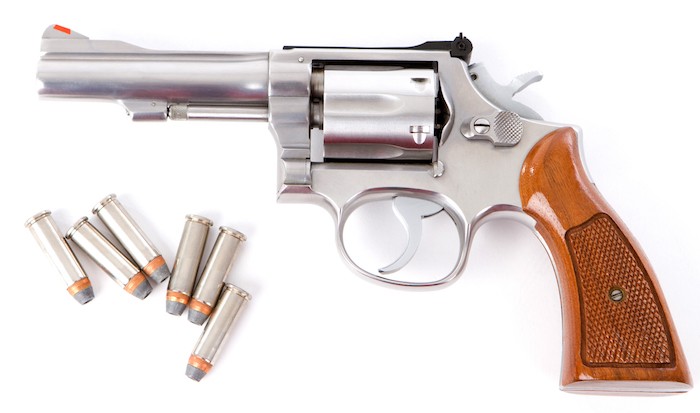 This .357 magnum ammo in stock feeds one of the more fascinating guns in American history. From the caliber’s first owner, an FBI director to one of the most iconic film characters in American movie history. This .357 ammo for sale just might, in the words of famous .357 mag shooter Dirty Harry, go ahead and make your day.

357 mag ammo features a step-up in performance and velocity from the .38 special round from which it was created. The cases of .357 cartridges are slightly longer than the .38 special and can launch a 158 grain bullet at speeds of more than 1,500 feet per second.

At the time of its introduction, the .357 magnum competed directly with .38 Super, a more heavily loaded .38 special round, which was designed for semi-automatic pistols. While their performance was quite similar, the fact that the .357 magnum is typically a revolver round allowed it to be shot in barrels longer than most automatic pistols. That barrel length gives shooters increased performance with .357 rounds.

Couple those ballistic traits with a jacketed hollow point bullet that can demonstrate incredible expansion and the .357 magnum is an excellent choice for self-defense in the opinion of many shooters. Generally speaking, shooters will buy bulk .357 magnum with a full metal jacket for target shooting and rely on hollow point rounds for self-defense or emergency survival situations. In most market conditions, we're proud to offer both bulk .357 magnum ammo as well as smaller quantities.

At the time of its development, Smith & Wesson envisioned the .357 Magnum as a custom-built revolver for handgun aficionados. As the country was deep in The Great Depression at the time, it seemed unlikely the .357 mag would ever catch on with every day, working class shooters. In fact, FBI Director J. Edgar Hoover was the first to purchase a .357 magnum when it hit the market. However, those initials projections were wrong. Working-man shooters quickly embraced the .357 round. The revolver took off among all shooters with strong initial sales that continued to grow into the 1940’s when production was temporarily suspended to accommodate the United States’ war efforts. After the war, the revolver round was quickly gobbled up by shooters once again.

How Does 357 Magnum Compare?

A lot of shooters will tell you the 357 Magnum is like a freight train. It has a ton of force coming behind it though it might feel like you have time to get off the tracks if you're in its crosshairs. Compared to other large handgun calibers, like 44 magnum, 357 Magnum doesn't have a ton of offer ballistically. It's slower and delivers less energy downrange than 44 magnum. However, it's not uncommon to find 357 magnum revolvers and ammo around at cheaper prices than what you'll see 44 magnum for. If you'd like to learn more about how these two stack up, check out our guide to 357 magnum vs 44 magnum here.

Today, the .357 magnum caliber is an iconic round known to admirably feed the revolvers of hunters, law enforcement, and even famous fictional characters of the big and small screens.