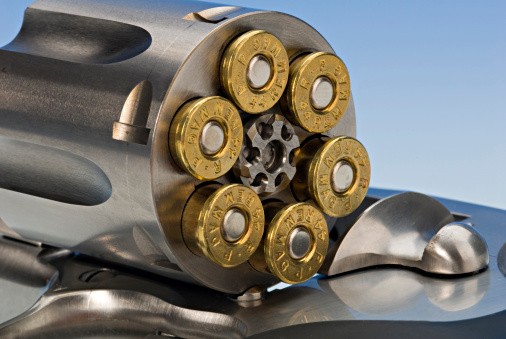 .44 Magnum Ammunition: What's So Awesome About It?

The 44 Mag ammunition for sale here today is an extremely powerful round initially designed for revolver shooters. It didn't take long after the .44 Magnum's introduction for the round to quickly get picked up by carbines and rifles. Today, shooters will find a wide variety of 44 full metal jacket (FMJ) rounds available for range use as well as a good selection of personal defense rounds on the ammunition market. As with most rounds, you'll generally pay less per round if you make the decision to purchase your 44 magnum rounds in bulk.

This in stock .44 Mag ammo is designed based on a longer .44 special case but the round is loaded to much higher pressures which provide for faster velocity and more energy. It's not uncommon for a .44 magnum bullet to travel at speeds eclipsing 1,500 feet per second.

So powerful, police departments generally consider the firearm too much to handle for law enforcement, .44 Magnum ammo is something you'll likely not want to fire a lot of, at least not consecutively. The recoil can be punishing, especially if you don't have large hands. While you won't want to take the .44 Mag plinking with fmj (full metal jacket) ammo, the high power and performance does make the round suitable for hunting. In fact, hunters have been known to load .44 mag ammo for hunting game as large as elk.

Of course, despite that powerful pedigree, most Americans simply know .44 mag as the firearm of choice for Dirty Harry. When the film was released in 1971, sales of .44 magnum revolvers spiked along with .44 ammo. The revolver carried by Clint Eastwood's "Dirty" Harry character is perhaps infamous as it occupies a large part of the screen in one of the most famous lines ever delivered in a film: "Go ahead, make my day."