Into the night, a flash in the darkness

White Death is heading your way

The fear of his foes, a hero at home

Hundreds will fall by his gun

On paper, the Winter War of 1939-1940 looks like it ought to have been a slaughter. While one man, Simo Häyhä, couldn’t win the war, he certainly left an impression on the world.

Finland and Russia at War 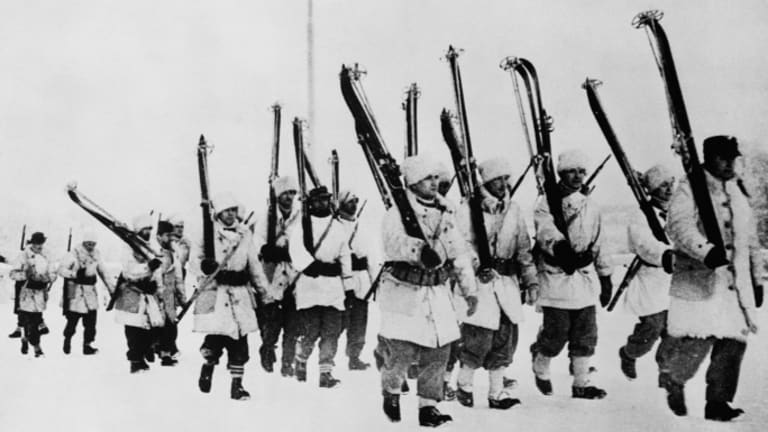 In the blue corner, we had Finland, with around 320 thousand soldiers, 32 tanks, and 114 aircraft.

In the red corner, we had Russia, the aggressor. Their force likely had more than twice as many men, several thousand tanks, and just shy of four thousand aircraft. The advantage that comes with fighting for one’s homeland, however, is immeasurable.

Russia had wanted a big chunk of Finnish land, if not the whole thing. With their superior firepower the Ruskies expected stomping out Finland would be a straightforward affair. What they omitted from their logistics is that Finland was full of Finns who would fight viciously for their clay.

The Finns lost 70,000 men to Russia’s more than 300,000. The conflict ended with the Moscow Peace Treaty where Finland ceded 11 percent of her territory. The Red Army’s reputation took a big hit as the result of the Finns’ valiant effort. A certain German dictator took the conflict to mean that Russia was vulnerable. In fact, Adolf Hitler eventually did something very foolish based on that conclusion.

One Finn, whom the Russians would dub “White Death,” proved a particularly big thorn in the bear’s paw.

Simo Häyhä holds the distinction of having the most sniper kills in any war. He is believed to have felled more than 500 invaders — and in just under 100 days. That’s an even more impressive feat considering that he did it all in temperatures as brutal as 40 below zero during the darkest months of the year.

Häyhä was born in 1905 to a Lutheran family of farmers. He enjoyed hunting and skiing, two activities that would come in handy once he joined the Finnish White Guard militia at the age of 21. Although his home was full of shooting trophies, Häyhä never cared for attention. Indeed, even after his illustrious military career he cared little to speak about his experience. This is not to suggest that it traumatized him.

“I’m a lucky man,” Häyhä would one day say. “I never had dreams about the war. I’ve always slept well, during the war too.” 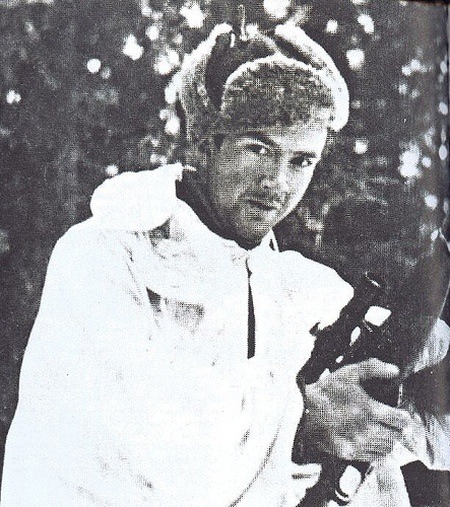 Häyhä divided his kill count among two weapons: a Suomi KP/-31 submachine gun chambered in 9mm, and a SAKO M/28-30, a Mosin-Nagant variant chambered in 7.62x53r.

While the M/28-30 was a paragon of its class with its high grade barrel and precise headspace, the military didn’t equip Häyhä’s with a telescopic sight. The Finn preferred iron sights for a number of reasons. Not only does a sniper present a larger target when he raises his head to peer through a scope, but the device is less dependable in the bitterest cold. Furthermore, a scope can reflect light that could give the sniper’s position away. What’s more, Häyhä was not trained to use a scope when he enlisted. So, he kept to what he knew.

Häyhä had some keen tricks. He would pack down a mound of snow that he could hide behind, and which also kept his muzzle blast from stirring up a puff of snow that might reveal his position. He would also pack his mouth full of snow, reasoning that his breath would make him more visible in the raw cold. His clothing served him as well — dressed all in white, he was a far harder target to spot in the snow than the brown clad Russians. 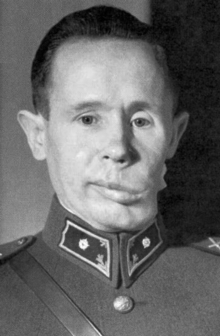 On March 6th, 1940, Häyhä took an explosive bullet to his jaw which had the effect of blowing half of his face off. Although his body was recovered, he was thought to have died. A Finnish newspaper reported as much.

Häyhä corrected their error via letter after he regained consciousness a week later, although his recovery from so devastating an injury would take years. He required 26 surgeries, including a bone graft taken from his hip. Even after he mended, Häyhä didn’t have the kind of face that would have landed him a job modeling for a men’s cologne advertisement but it is reasonable to assume that no one ever said as much in his presence.

“I only did what I was told to do, as well as I could,” said Häyhä when asked whether he had any regrets about killing so many. “I didn’t feel anything towards the enemy. I just fired and loaded and continued as long as there were enemies.”

And to what did he attribute his uncanny sniping prowess? “Practice.” 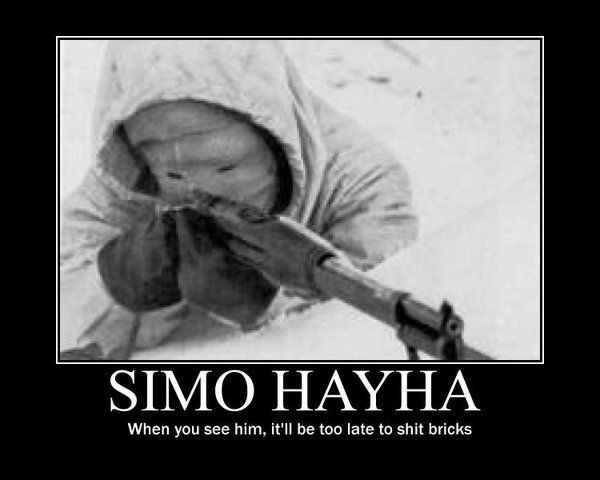 Simo Häyhä passed away in 2002 at the age of 96. He is buried at the Ruokolahti Church Graveyard in Karelia, Finland under a great black stone marker that reads “Koti – Uskonto – Isaämaa,” Finnish for “Home – Religion – Fatherland.” To this day, he’s regarded as one of the greatest snipers to ever live.