Determining the maximum effective range of the 5.56×45 is easy. Minimal research will point you toward military resources. It makes sense given the 5.56’s pedigree as a military/NATO cartridge. In this case, we simply open up a copy of the US Army Technical Manual 9-1005-319-10 (which covers the M16A2 rifle and the M4/M4A1 carbine), turn the pages to effective range, and you will find these data:

According to the US Department of Defense, maximum effective range is the “the maximum distance at which a weapon may be expected to be accurate and achieve the desired effect.”

To make sense of the above data, the 5.56 is practical for engaging a single target at 602 yards when fired through a 20” barrel. That’s about 547 yards in the case of a carbine’s shorter 14.5″ barrel.

Of course, the “desired effect” in the Army’s case is the production of a disabling wound in an enemy combatant’s body. The Army has determined that a disabling wound can result from impact energy as weak as 60 ft lbs. The basic M193 cartridge, which has a 55 grain bullet and muzzle velocity of 3,250 fps, can deliver that much damage at around 1,425 yards. (Actually being able to hit so distant a target is another story – hence the inclusion of the phrase “may be expected.”)

You may only wish to hit a paper target. General consensus holds that the 5.56 can consistently group shots at 1,000 yards. This is assuming you’re using good ammo under ideal conditions – and also that you’re not some ham and egger who just picked up a rifle for the first time last week. 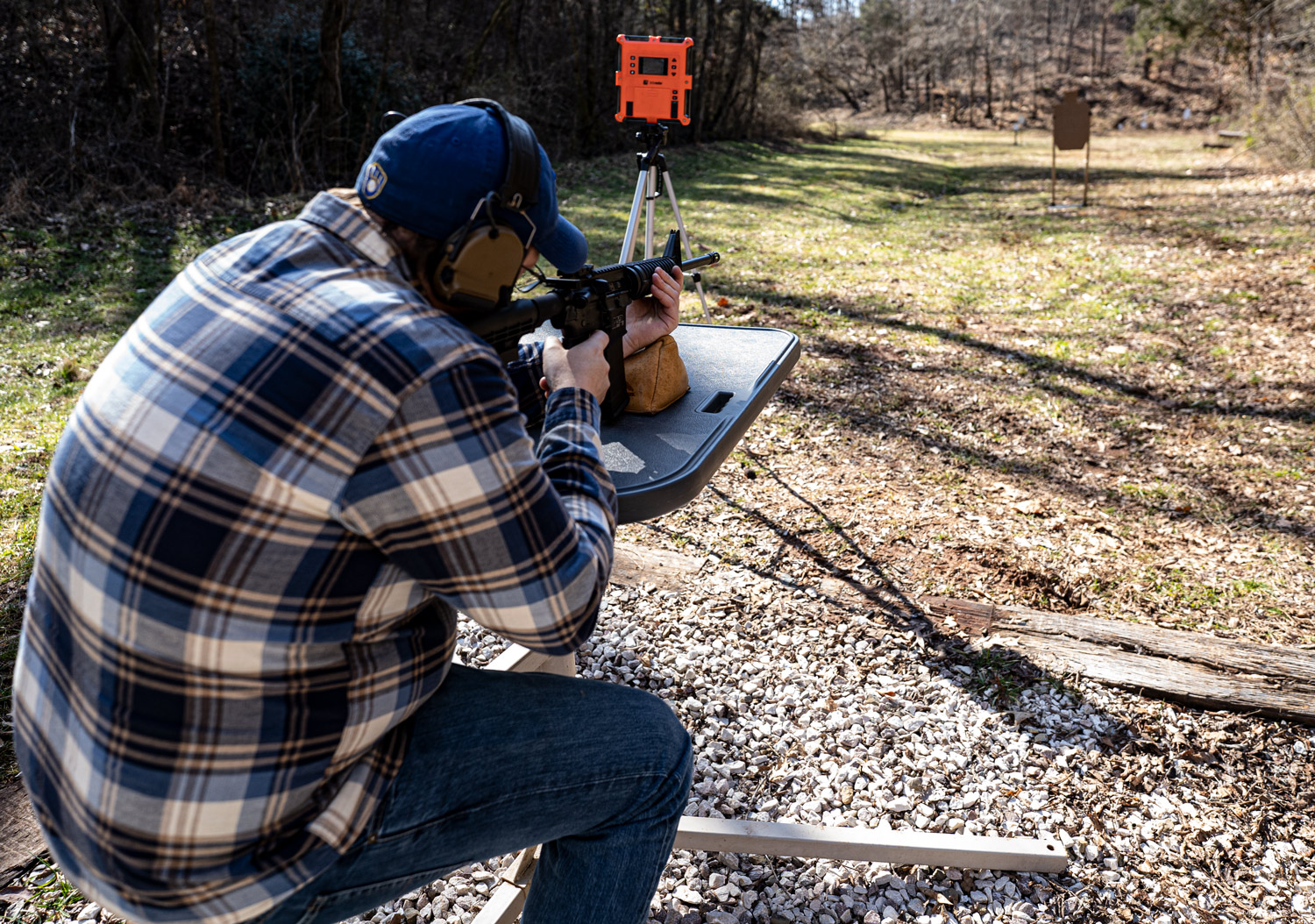 Let’s dig a little deeper into what the 5.56’s effective range looks like. General consensus also holds that the minimum impact energy required for self-defense is between 220 and 300 ft lbs. 260 ft lbs, the average of those two numbers, is a realistic threshold to consider suitable for personal protection. The minimum impact energy considered ethical for hunting whitetail is far greater at 1,000 ft lbs.

We calculated the distances at which a variety of 5.56 ammunition can deliver those two amounts of impact energy in this chart.

(It’s important to note that not all of these bullet types are suitable for hunting – especially an FMJ. Full metal jacket bullets don’t expand significantly in soft tissue.)

Let’s conclude by expounding on the 5.56’s suitability for self-defense. It is an intermediate cartridge, specifically designed to cover the maximum typical engagement ranges encountered in modern combat. The average person engaging in home defense will not have to cover a range greater than the length of the largest room in their house. In fact, that’s really all the farther you want the projectile to go, typically.

If you’re worried whether your AR-15 is capable of incapacitating a home invader, set that worry aside. The 5.56 (and 223 Rem) is positively overpowering at close range.