There is an old maxim: “It’s not the size that counts.” But it is not true. Size very much does count, and nothing demonstrates this better than handgun cartridges. The bigger the round becomes, the more power it puts in its shooter’s hands – and power is good. Ask any corrupt politician.

In this article we compare two of the biggest handgun cartridges on the market: the 10mm and the 44 Magnum. They’re very different rounds. Whether you should prefer one over the other primarily boils down to

(A) how much recoil you’re willing to put up with,

(B) how much stopping power you really need at your fingertips, and

(C) whether you prefer a semi-automatic or a revolver.

In truth the 10mm and the 44 Mag are different enough that they are not mutually exclusive. A shooter devoted to enjoying everything this great world of firearms has to offer would almost certainly want handguns chambered for both rounds. But in a strict contest of 10mm vs 44 Magnum, can we really say that one is better? Let’s begin by comparing the two cartridges’ physical dimensions.

There are three important things to take away when you put the 10mm and the 44 Mag side by side. The first is their bullet diameters. While the 10mm ammunition is a true 40 caliber round with a .40” diameter bullet, the 44 Mag’s bullet is nearly .03” greater in diameter. This slight increase affects its ballistic performance, the efficiency with which it can penetrate soft tissue (known as “sectional density”), and perhaps most importantly the width of the wound channel it can produce. A wider bullet necessarily punches that much wider a hole into its target.
The second is their case capacities. 44 Magnum ammo has space for roughly 50 percent more propellant! It needs this because its bullet is frequently one third heavier than the 10mm’s, but its increased energy should prescribe greater stopping power as well.

The third thing we have to point out is the rim. The rimless 10mm was intentionally designed as a semi-auto cartridge (hence its full name “10mm Auto”), while the 44 Mag’s rim helps it sit correctly in a revolver’s cylinder. There are notable exceptions, like the S&W Model 610 10mm revolver and the Magnum Research Desert Eagle chambered for 44 Mag, but for the most part the question of 10mm vs. 44 Mag really does boil down to semi-auto or revolver.

Which type of handgun you ought to prefer is a much larger question deserving of its own essay.

As always, we have to preface a comparison of two rounds’ ballistic performance with a caveat: Performance contrasts remarkably between different manufacturers’ cartridges. Even when they share the same bullet weight and type, a round by Hornady can behave very differently from one by Prvi Partizan.

That said, let’s draw some general conclusions by comparing the ballistic performance of the 10mm and 44 Mag.

The main thing we have to note is the 44 Mag’s greater muzzle velocity. A faster bullet necessarily offers a flatter trajectory, simply because it can cover more distance in less of the time gravity needs to pull it down to earth. How steeply its trajectory arcs isn’t as important for a handgun round as it is with a rifle round since you’re going to be shooting at closer targets. Still, the 44 Mag’s faster bullet consistently drops by about an inch less than the 10mm at 50 yards – that may help considerably with your accuracy.

The 44 Mag generally offers an equivalent or greater ballistic coefficient (a measure of how efficiently a bullet pierces the air) than the 10mm. Its bullet may be wider and accordingly generate more drag in flight, but its added heft gives it greater momentum to fight off wind drift and its greater velocity also helps it to simply overpower air resistance.

The 44 Mag’s 240 grain bullet consistently outpaces the 10mm’s 180 grain bullet, even at 100 yards. And because it is so much heavier, it carries significantly more energy at all distances as well.

“Stopping power” encompasses a lot of variables including terminal expansion and penetration depth, but energy is undeniably a large part of it. The 44 Mag’s faster, heavier bullet is always going to pack greater energy than the 10mm – often twice as much!

The 10mm was originally developed to create a semi-auto cartridge that emulated the ballistic and terminal performance of the 357 Magnum. Since the 44 Magnum always beats out the 357 Magnum in terms of stopping power, it comes as no surprise that it trounces the newer 10mm as well.

But here’s the thing: The 10mm is by no means a weak cartridge. Heck, in the past the Danish navy has issued Glock 20 pistols for defense against polar bears! What we have here are two rounds that are both more than capable of leveling a human-sized threat – fast. So, there’s little need to worry about which round boasts greater stopping power for self-defense. 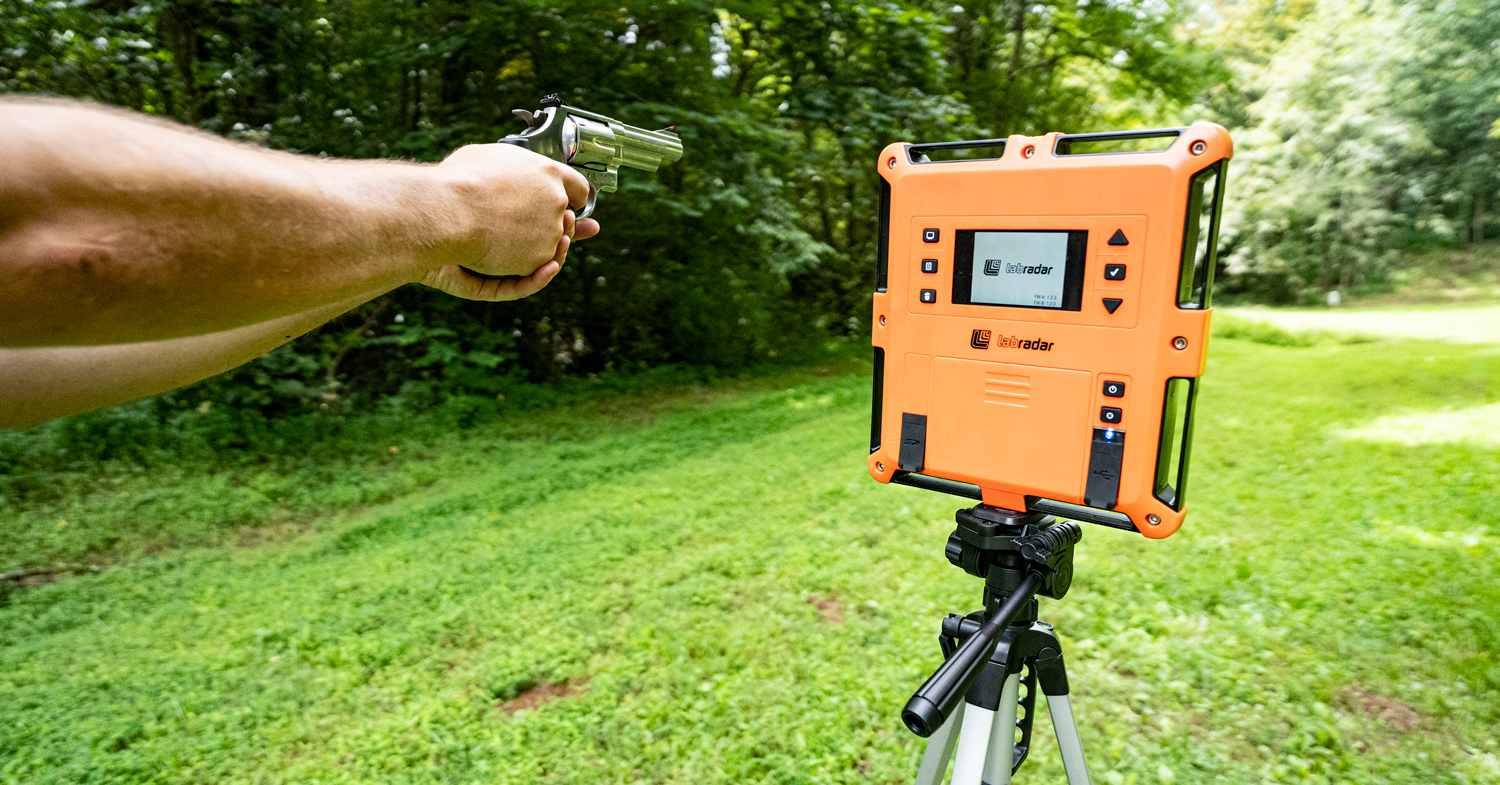 How much energy a handgun exerts back on its shooter as recoil is determined by a few factors. These are largely bullet weight and muzzle velocity, yet the weight of the cartridge’s propellant charge and the weapon that is firing it are also indispensable. Let’s assume all the 10mm rounds compared earlier have 10 grains of propellant and we’re firing a 31 ounce Glock 20. Let’s also assume the 44 Mag loads have 15 grains of powder and we’re firing a 54 ounce Ruger RedHawk.

Even though its heavier handgun helps to soak up some of its recoil energy, you’re certainly going to pay for the 44 Mag’s greater muzzle velocity and resultant energy in terms of added recoil. This makes it more difficult to accurately fire shots in rapid succession – which can prove critical for self-defense.

The 10mm itself already approximately doubles a conventional 9mm round’s recoil energy, so training with the 44 Mag is likely to prove even less comfortable. Just remember that how much recoil you actually experience is largely subjective. Shooters who’ve become accustomed to the 44 Mag aren’t likely to complain about it, and many claim to notice no difference when firing the 10mm as opposed to the 9mm.

How useful you’d find these rounds in a fight depends heavily on how much you have trained with them. To do that you’re going to have to buy a lot of ammo (preferably from us, but you already knew we feel that way). To this point you’ll have an easier time affording the 10mm ammo you need. It’s the smaller round. As such, manufacturers simply don’t have to invest as much copper, lead, and propellant into the 10mm’s production.

You may find that 44 Magnum revolvers are easier to find than 10mm pistols, however. The 10mm never became as popular as other semi-auto pistol rounds, and the 44 Mag benefits from a 28 year head start on the market.

As a side note, do take care that the 10mm has a reputation for being “finicky.” While the importance of quality goes without saying, a lot of shooters report that budget-friendly 10mm ammo presents more problems compared to other budget rounds.

The 44 Mag consistently outranks the 10mm in terms of velocity and energy. Of course, its substantially heavier kick may turn off many shooters who are solely interested in self-defense. If you were picking a hunting round, the 44 Mag’s definitive stopping power will prove more effective for boar, deer, and even bear.

A semi-auto 10mm handgun naturally offers increased shot capacity, a faster rate of fire, and an easier time reloading. Its slower, lighter bullet offers neither as flat a trajectory nor as much stopping power, although its lesser recoil means you may have an easier time landing more bullets into your target.

Our advice? When it comes to 10mm vs. 44 Magnum in terms of self-defense, favor the 10mm. Its stopping power is still superior to most semi-auto pistol rounds, and its recoil is already generous. Its handgun is a lot lighter too, since the 44 Mag’s greater power demands an accordingly more substantial weapon. For hunting where one shot means everything, though, the 44 Magnum is the indisputable victor in this face-off.

Or maybe the argument breaks down to which cop you’d rather be like – Sonny Crockett from Miami Vice with his Bren Ten, or Dirty Harry with his S&W Model 29? Your answer to that question could settle the whole discussion right there.