Touted by as a revolution in ammunition, Hornady’s LeveRevolution enjoys a stellar reputation among lever gun shooters. In fact, it’s one of the most sought after ammo loads we sell for lever action guns.

Let’s explore this line of ammo and what makes it so different from other rifle ammo for bolt action or semi-autos. 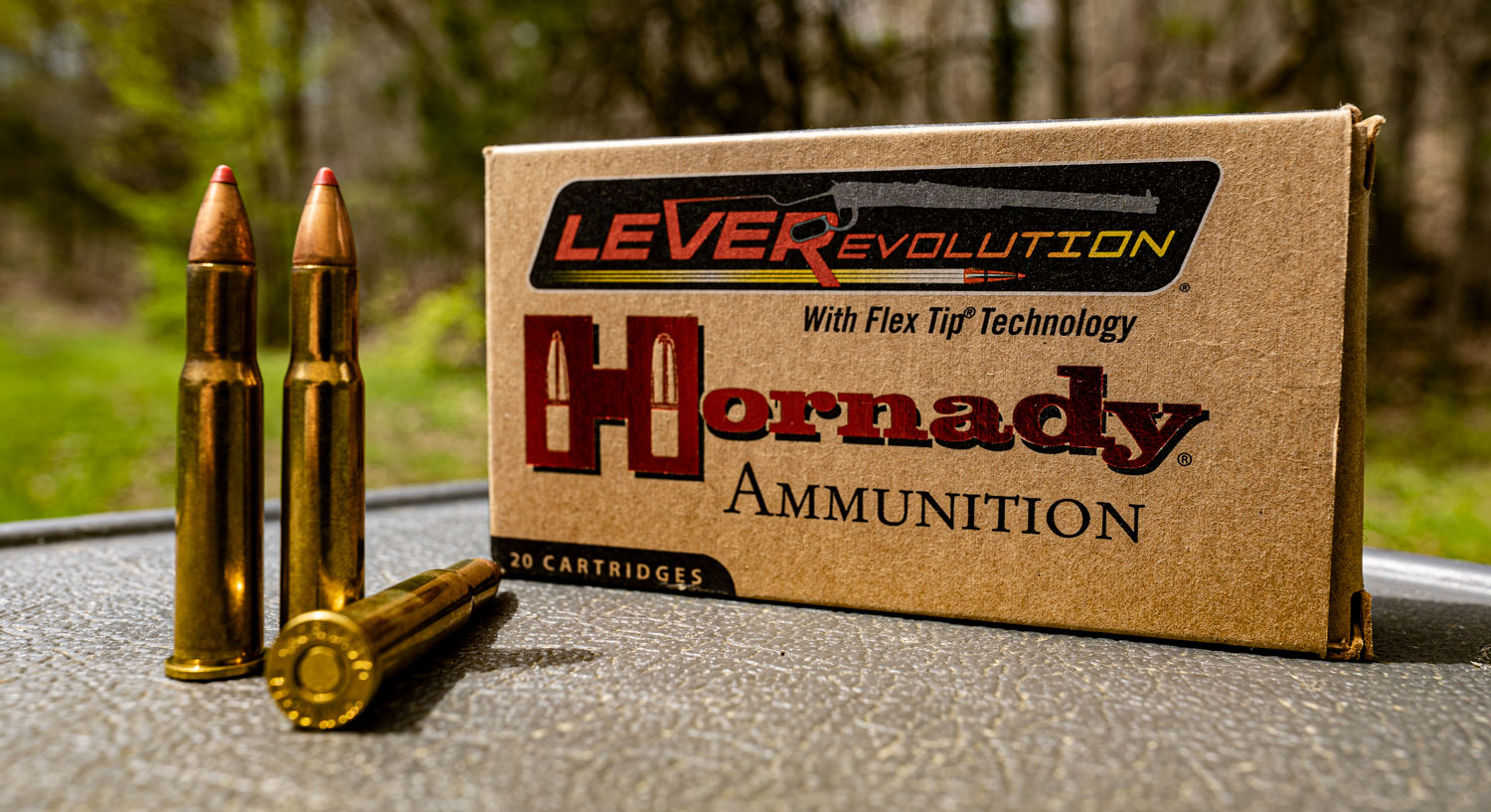 To understand why Hornady’s LEVERevolution line of ammunition is … well, “leverevolutionary,” you have to understand a little bit about how a primer works and how a tubular magazine works. Fortunately they’re both simple concepts.

A primer is located at the base of the cartridge, and when a hard thing hits it — ideally a firing pin — it creates heat and sparks to ignite the propellant charge, thus firing the bullet.

A tubular magazine is different from the detachable box magazine you’re used to seeing with semi-automatic firearms. Neither detachable nor a box, it is an integral cylinder that stores cartridges base to tip, in a line, so that the weapon can quickly load a new round. Lever-action rifles frequently feature tubular magazines, and pump-action shotguns have them as well.

Put the two concepts together and you may notice a problem. Suppose you load cartridges with pointed tip bullets in a tubular magazine, and then drop the rifle on the ground? The force from the fall may jostle a cartridge enough to cause its bullet to ignite the primer it touches! Even normal recoil could prove sufficient to result in “magazine ignition.” Needless to say, igniting a cartridge inside of a rifle’s magazine is incredibly bad for it. You wouldn’t want to be near such a hazard, either.

For this reason you will often see round nose or flat point bullets billed as ideal for rifles with tubular magazines. Such bullets are incapable of setting off any primers they may get smashed up against. This was a disadvantage for lever-action rifle enthusiasts, as they could not take advantage of the higher ballistic coefficient and accompanying greater accuracy offered by a pointed bullet (aka spire point). 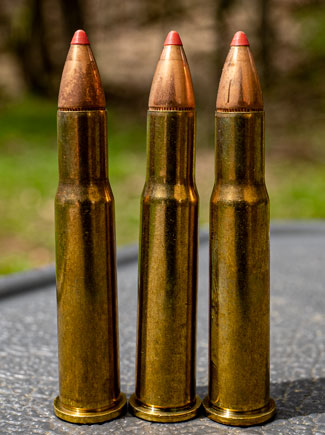 Hornady’s LEVERevolution ammo fixed that problem. A LEVERevolution cartridge features either an FTX or all-copper MonoFlex bullet. These bullets have what Hornady has named the Flex Tip: a soft, pointed tip that is incapable of striking a primer hard enough to ignite it.

The Flex Tip is still rigid enough to boost a bullet’s ballistic coefficient considerably. An FTX or MonoFlex can deliver a muzzle velocity up to 250 fps faster than a traditional flat nose bullet, a feat it owes not only to its more streamlined shape but also Hornady’s own potent proprietary propellant blend. The Flex Tip also jams into the core during impact and penetration, forcing the bullet apart to produce the expansion requisite for a wide wound cavity.

While impressive, A LEVERaction round isn’t magic. Many tradition lever-action rifle cartridges are designed for short to medium ranges, and a LEVERaction cartridge alone won’t turn it into a modern sniper rifle. But if you’d like to give yourself every advantage while you’re stalking game with your father’s 30-30, a LEVERaction round certainly belongs in your magazine.

We offer a full line-up of Hornady LeveRevolution ammo for sale at AmmoForSale.com. You can get it in several rifle and handgun calibers. Just click the link below and when in-stock, you’ll be set for a good day of shooting.

Hornady manufacturers a couple different loads of LeveRevolution for 30-30 rifles. They include a 140 Grain MonoFlex cartridge and a 160 Grain FTX load.

You can get the 44 Magnum rounds from Hornady at AmmoForSale.com as well. Find the 225 Grain in boxes of 20 here and in full bulk cases of 200 rounds here.

45-70 lever action shooters will enjoy the huge projectile. They load their 45-70 with a 325 grain projectile and we sell it by the case of 200 rounds here.

If you’re a 357 magnum shooter, we’ve got your LeveRevolution ammo in our online shop as well. You can find the 140 grain, MonoFlex Hornady ammo for sale here.