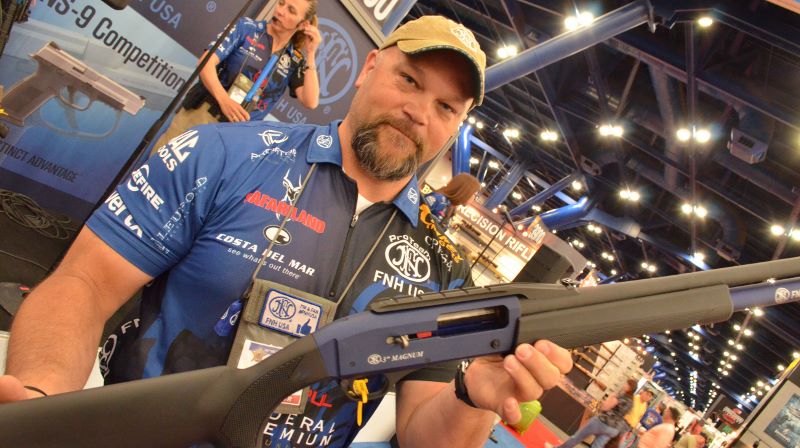 12 Gauge Ammunition: What's So Awesome About It?

12 gauge ammunition fuels of one of the most popular firearms on the planet, the 12 gauge shotgun. That's one of the reasons it's plentiful and we're likely to have 12 gauge ammo in stock. In fact, of all shotgun shells, 12 gauge accounts for more than half of all the ammunition sold.

1 1/8 ounces is considered the standard load of shot, but there is little that is rigid or just "standard" about the 12 gauge. In fact, the 12 gauge is often lauded for its versatility. Large enough to effectively fire a slug for deer hunters and self-defense with the right shells, the 12 gauge is still easy enough to handle for waterfowl and other small game. Many shooters will tell you - if you're only going to own one firearm, make sure you have a pocket full of 12 gauge shells to go along with it.

Because 12 gauge shells are fatter than the shells of their 20 or 16 gauge counterparts, the shells allow 12 gauge ammo to deliver a better pattern than the smaller gauges when firing the same load. When 12 gauge ammunition is loaded with more shot, the shotgun should pattern just as well as the smaller shotguns, giving you, the shooter, a ballistic advantage.

12 gauge ammo shells are most commonly for sale in lengths of 2 3/4 inches, 3 inches, and 3 1/2 inches and the shot is traditionally made from lead. Although, you can find 12 gauge ammunition that is made of steel, tungsten-nickel iron, tungsten-iron, and even bismuth. As you likely know, most shotgun loads contain several pellets, we're proud to also offer a variety of buckshot options. 12 gauge 00 buck ammo is great for hunting large game, for range use, or for relying on in your home as a personal protection round.

What Does Projectile Type Mean in 12 Gauge Ammo?

Basically, the projectile type as it relates to shotgun ammunition for sale refers to the number of pellets inside the shell. For smaller, birdshot loads like #6 or #8 shot, you will generally find a greater number of relatively small pellets. For example, #6 shot generally has about 225 pellets per ounce of lead used. Whereas, #4 shot only has 135 pellets per 1 oz. of lead used. As you might imagine, the larger number of pellets in your ammunition, the larger the spread of pellets you'll be shooting, and the greater the likelihood you'll hit your target. Of course, if the pellets are very small you'll get a large spread but you might not be packing the power needed to bring down your target.

Buckshot, on the other hand, is much larger and used primarily for large game or self-defense. Double-aught (00) buckshot contains about 8 pellets per ounce of lead whereas triple-aught contains just six, larger pellets inside. 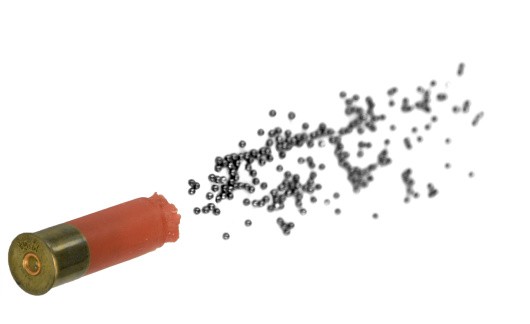 Some environmental experts believe steel shot is better for the environment and attribute some environmental issues to lead fired from 12 gauge shotguns. While these claims are heavily debated, there are several reasons shooters largely prefer to fire lead over steel in their shotguns.