.308 Ammunition: What's So Awesome About It?

You might know this .308 Winchester ammo for sale better as 7.62x51 ammunition as they are essentially the same round. .308 ammo is a popular choice for hunters and is one of the most popular calibers of rifle ammunition on the planet today. With 308 win fmj (full metal jacket) and other rounds with an emphasis on expansion upon impact in stock, .308 bullets can be great to fire at the range or for bagging large game

Development of the .308 Win cartridge started shortly after World War II as the United States military looked for ways to improve on the M1 Garand rifle and it's full size 30-06 cartridge. Nearly a decade after the end of World War II, the military found their answer in the 7.62x51 NATO round and the civilian version, the .308 Win, was almost ready for action at that point as well. Evolved from the .300 Savage and T-65 cartridge, .308 arrived on the civilian market thanks to Winchester's desire to feed their Model 70 rifle. The .308 caliber offered shooters an extremely accurate, powerful, yet lightweight solution. 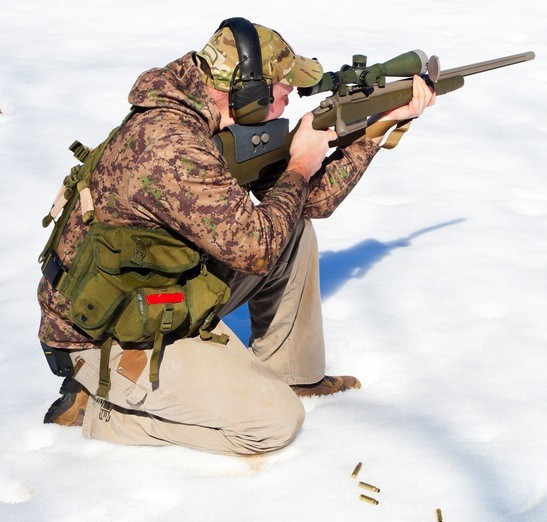 Once Winchester made .308 available for sale, it took the civilian market some time to realize its accuracy advantage over the tried and true 30-06 cartridge. However, once hunters began to appreciate its accuracy and ability to be chambered in short-action rifles, .308 ammunition quickly became one of the most popular calibers for big-game hunting across the globe. In fact, North American hunters have come to rely on .308 to take down game ranging in size from whitetail deer to black bear and even caribou.

But the .308's popularity isn't limited to hunters. The fmj (full metal jacket) round is also commonly used by recreational shooters, by the military for sniping, and by police for sharpshooting. Many shooters rave about the .308's precise accuracy and, at the time of its original introduction, it was called the most accurate cartridge ever produced. Its superiority in long range accuracy has since been eclipsed by other cartridges, but it is still respected as an accurate cartridge with moderate recoil and is usually available at more affordable prices than most other rifle cartridges. Also of note, the caliber's relatively short case makes the round an especially good fit for short action rifles.

You'll typically find .308 ammo in stock at AmmoForSale.com with bullet weights ranging from 150 grain to 180 grain with corresponding muzzle velocities between 2,600 feet per second to more than 2,800 feet per second. Shooters should know, while .308 Win and 7.62x51 NATO are not identical, the Sporting Arms and Ammunition Manufacturers Institute (SAAMI) does consider the use of either safe in .308 chambered rifles. The opposite, however, is not necessarily true. Rifles marked 7.62x51 NATO are not technically rated for .308 ammunition. 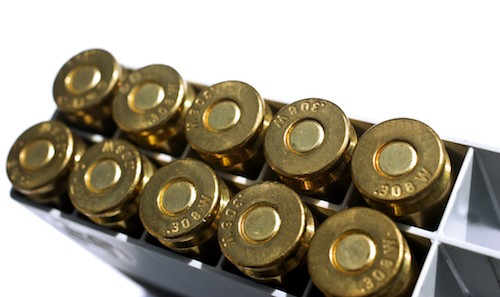 7.62x51 ammunition is not exactly the same as .308 Winchester but they are incredibly similar and close enough that SAAMI (Sporting Arms and AmmunitionManufacturers' Institute) doesn't consider it to be unsafe to fire the 7.62 NATO round in a firearm with a .308 chamber.

Generally, 7.62x51 NATO is loaded to a maximum pressure of about 60,000 pounds per square inch, slightly lower than the 62,000 pounds per square inch of pressure .308 ammo is typically loaded to. In terms of muzzle velocity, .308 moves slightly faster than 7.62x51 with velocities of between 2,600 and 2,800 feet per second depending upon how heavy of a projectile you use.
While shooters like to debate the issue and question if the tiny differences between the calibers make a difference, at this point there is no evidence you should have any fears about firing these rounds interchangeably. So, if you have a firearm chambered for .308 fire away --- knowing you can safely fire 7.62x51 in your rifle and vice versa.