What is the best ammo for your Glock 43? 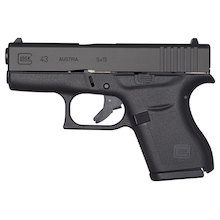 Some things were invented for peaceful purposes. I’m not referring to guns like the Glock 43 -- the very first gun, a shaft of bamboo loaded with black powder and a giant spear, was probably not intended for yak hunting. I’m talking about the metal detectors airports use to make certain no one can smuggle souvenir belt buckles. They were originally developed for loggers, to check trees for spikes before they could ruin some expensive machinery.

About ten years after security metal detectors had been introduced, a certain Austrian weapons manufacturer made a bit of a stir. Glock’s new pistol, which featured a lightweight polymer frame, was thought to be able to elude metal detectors. The people thinking this failed to consider that such a handgun still has plenty of bits that would make a metal detector burst out in song.

The impression that Glock’s pistol is nefarious still looms. The same people who invariably call any black rifle an AR-15 will likely name any semi-automatic pistol a Glock. Well, it hasn’t hurt Glock too much to have their name become synonymous with “pistol.” With that kind of brand recognition they’ve earned the resources they need to introduce all new pistols, like they did the Glock 43 chambered in 9mm in 2015.

The G43 is, in essence, a slimline variant of the popular G26 with an ultracompact slide and frame. It is 4.25” high (with magazine) and 6.26” long overall, and weighs 20.64 ounces with a loaded mag. While its parent handgun is 1.26" at its widest, the G43 is only 1.06". Shedding that fifth of an inch makes the G43 very easy to pocket, and its shorter grip only helps with concealment. (You could go even smaller with a G42, but then you would be stepping down from 9mm to 380 ACP.)
,br> The thing is, when you scale down the grip on a semi-automatic, you’re going to put a dent in its mag capacity as the result. The G43 has a six round mag, which means if you carry one you had better hope you’ll never need the extra four that a G26 would have given you. But if it’s small size you’re after, you’ll be in good hands with a G43.

Ammo for the Glock 43

Because of its relatively small stature, many shooters will opt for a lighter 9mm load for the Glock 43. Think 115 grain rather than 147 grain. With that in mind, you may give up some performance in self-defense loads when you go lighter. While self-defense ammo is a topic of endless debate, shooters generally prefer as much firepower as possible when faced with a self-defense situation. So, just realize what you'll gain in muzzle control with a lighter bullet, you could also give up when the bullet meets your target downrange.

We'd recommend loads like the Federal HST Micro for the Glock 43. This ammo is specifically designed for short barreled pistols.

You will have to learn how to put your G43 in good hands, though. Glock did their part to help you with this by designing the G43 with a nicely textured ergonomic grip, one which you can hike your trigger hand up on to better align it with the bore. That’s important for limiting muzzle flip and recoil. However, that smaller grip would still give even a seasoned marksman a harder time. What’s more, the G43 has got a 5.4 lbs trigger pull, not much less than the larger G26’s 6.3 lbs. The takeaway is that it will take some time and ammo to become proficient at reliably dumping a G43’s six round mag on target.

Of course, any subcompact is more difficult to wield accurately, a concession that is made of necessity when concealability is key.

A Glock’s chief merits are considered to be the widespread availability of aftermarket parts, proven track records of reliability and durability, ease of takedown, and lesser weight thanks to its polymer frame. That said, the G43’s competition does have a key advantage, and that is their mag capacities. Ruger’s LC9s and many others come with seven round factory mags, and the M&P 9 Shield is available with an extended eight round factory mag. There are mags that expand the G43’s capacity, but such third party accessories can be less reliable.

Glock’s stock plastic sights are disparaged by some, and the G43’s mag isn’t interchangeable with another Glock pistol’s. Furthermore, that polymer frame which made Glock famous is by no means a unique feature any longer, and some people just don’t care for Glock’s signature bulky appearance.

That all said, the G43 is a fine specimen for what it is: an easily concealed primary or backup 9mm pistol that you can count on during a dangerous altercation. Give the G43 a test run if you’re able to, and you’ll see that Glock didn’t enter it into the subcompact market too hastily. 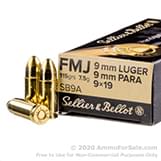 Best Concealed Carry or Self Defense Ammo for Glock 43 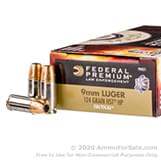